Railroads require places where goods or passengers are loaded and/or unloaded. Such places are often called stations, sometimes railway or railroad stations, depots, railway depots, train stations and others. There are two kinds of stations, through stations and terminal stations. Through stations are those in which trains may stop for loading and unloading, but then continue onward to other destinations. Terminal stations (sometimes just terminals) are those in which a train may not proceed further but must reverse direction to exit the terminal (e.g., Reading Terminal in Philadelphia, PA and Grand Central Terminal in New York City - also called Grand Central Station, a correct but more generic designation than "terminal"). Some stations operate as both terminal and through station (e.g., Union Station in Washington, DC).

​Stations may be quite simple facilities, ranging from a sign indicating a place where a train will stop on request but not on any schedule, to grand palatial structures that may even include hotels. The following photos illustrate two points on the spectrum of railway stations (both through stations). 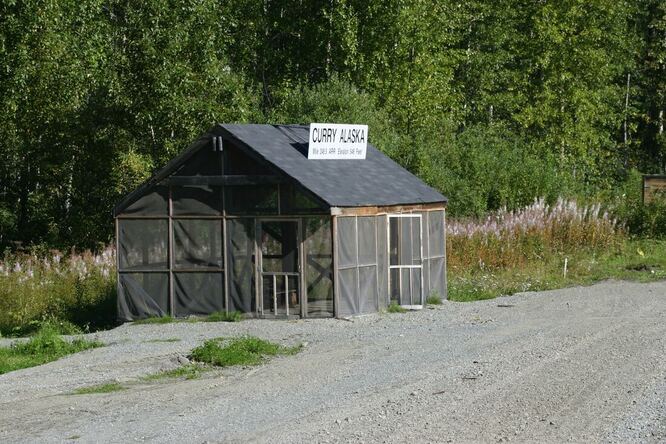 A simple station on the Alaska Railroad Hurricane Line at Curry, AK offering shelter but no services 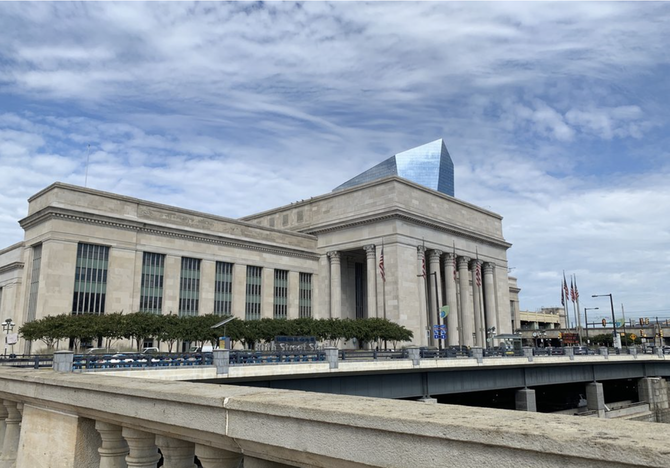 Philadelphia's William H. Gray III 30th Street Station viewed from Market Street
Passenger stations usually are comprised of one or more tracks with adjoining platforms, signage and other amenities. The Curry station shown above represents the minimum. Lacking a platform, a passenger need either climb aboard in some way or a conductor or the railroad car must provide a step mechanism to facilitate embarking and debarking. A platform is a structure that is level with the door(s) on a railroad car and facilitates entry and exit with safety.

Stations are usually equipped with signs giving the name of the station, directional indications, safety information and so on. Signs may also be provided that show train arrivals and departures, together with information such as train name and number, arrival time, departure time, status (on-time, late) and other pertinent data. The following photo shows an automatic schedule board. 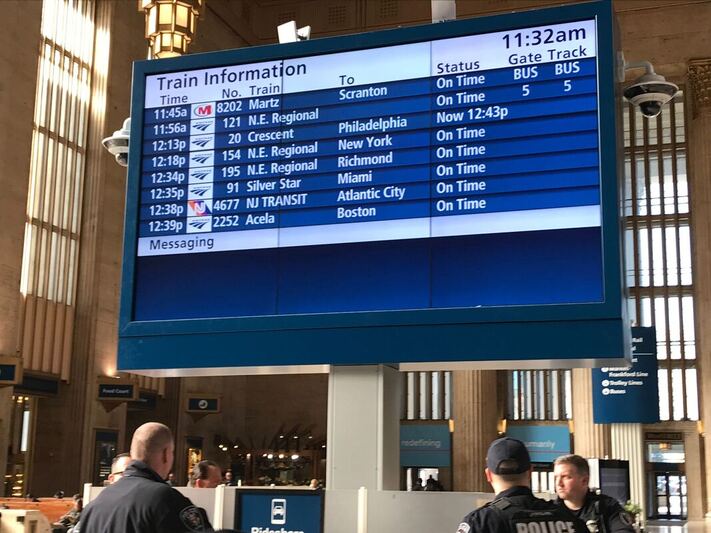 Larger stations may operate 24 hours/day but the majority of stations are open only when traffic warrants. Nevertheless, trains may stop (call) at such stations on a scheduled basis. Tickets may then be purchased through automated machines or through the conductor on board. Weekly or monthly passes may also be offered. These are a convenience for regular travelers.

In many African, South American, and Asian countries, stations are also used as a locale for public markets and other informal businesses. This is especially true on tourist routes or stations near tourist destinations.
Freight Stations

Freight stations or depots, in contrast with passenger stations, need to be equipped with loading and unloading equipment. Such equipment depends, in part, on the type of railroad car (see Transport) to be loaded or unloaded. For instance, hopper cars usually have doors that open under the car, so below-grade facilities are needed to receive goods and above-grade facilities for loading. Materials may also be loaded and unloaded with the help of conveyors of various kinds. Today, robots increasingly are being used for these purposes.

Platforms are also often needed for loading and unloading freight. Platforms permit forklifts or lift trucks, for instance, to operate level with railroad car doors when loading box cars or flat cars. However, railroad cars designed to carry automobiles must be loaded from the end rather than the side. Since these are bi- or tri-level cars, a flexible loading ramp is used rather than a fixed platform.

With intermodal freight, entire terminals must be designed to facilitate loading of containers onto specially-designed railroad cars (well cars). Loading and unloading are usually done with overhead cranes that lift whole containers rather than the contents thereof. Transporting containers requires careful attention to the loading gauge, that is, the maximum dimensions of loaded railroad cars so that they will clear tunnels, bridges, overhead catenaries, platforms and other possible hindrances. In the Unites States, well cars permit double-stacked containers on many rail lines whereas single containers are the norm in Europe.

Railroads are not always responsible for freight stations. Rather, the customer may be required to prepare a siding and freight facilities. CSX (among others) offers a detailed specification for private sidings. Construction of such facilities would generally be contracted for with the many firms that provide such service. See for example Bergmann, AECOM or GoRail.