Passenger and freight cars (also known as carriages and wagons in many parts of the world) constitute the principal source of revenue for railroads. Today, in the United States, most railroad revenue is derived from freight transport. This can be seen in the following graphic, which displays freight revenue for North American Class I carriers (see Classification of Railroads in What is a Railroad?). See also Why U. S. Freight Rail is Profitable (video 15:11 Minutes). 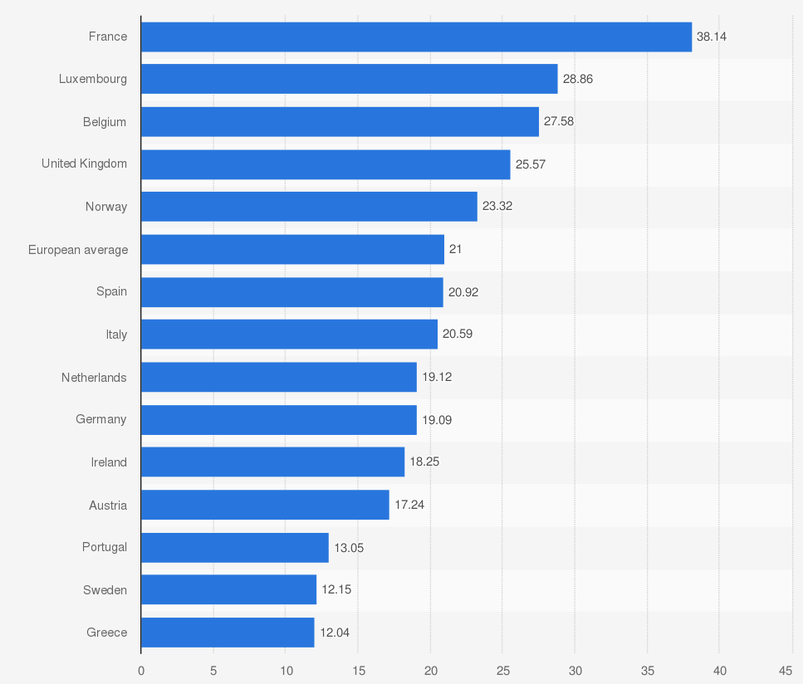 Passenger revenue in Euros per train-kilometer for 14 European countries
Contrast this with the passenger revenue for Amtrak for 2019 of $3,503,520,000. The population of France is about 20% that of the United States.