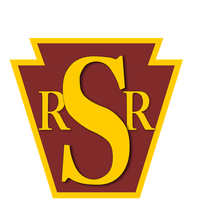 ​Trains are moved by means of special cars powered with some form of energy that can be translated into mechanical energy. Historically, this was achieved either by human effort, by gravity, via water with either human or gravity effort, by means of animals domesticated for replacement of human effort, and much more recently by machines of human invention.

Railroads arose once it was possible to produce machines that were a) self-motivating and b) powerful enough to pull one or more un-powered cars. The transition from animal-drawn wagons to machine-drawn wagons enabled humans to move ever-increasing loads of goods and/or people from one place to another with ever-increasing speed and efficiency. This transition also brought with it terminology associated with earlier forms of transport. Such terminology, together with terms coined specifically for railroading, were offered in the form of links at the beginning of this Education section.

​Throughout the rest of this section, we will explore motive power as it has developed and is developing to the present day. As we have already said, railroading is a fascinating and evolving subject that seems never to lose its appeal.

We have organized our discussion of motive power along the lines indicated by the links below. We will endeavor to keep the information presented up to date as the industry experiments with and adopts new methods and technologies to serve the world more effectively and economically. We hope you find this discussion of Motive Power useful.