​The Shannondell Railroad is an HO scale layout.  The layout is located in a 25 by 30-foot room on the lower level of the Ashcroft Club House at Shannondell.  There are also two adjacent rooms.  A 6 by 12-foot room houses a staging yard, as well as, providing office and computer space.  A another 6 by 16-foot room provides work shop space.  The layout includes over 1,100 linear feet of track or 18.4 scale miles.

The layout models the 1950s-60s era in eastern Pennsylvania and New Jersey with a freelanced configuration focused on the Pennsylvania, Reading and Lehigh Valley railroads.  Track is configured into a High Line and a Low Grade with connections in between.  An independent shuttle track is also present that is used to run RDCs between the amusement park in Northville and Harbortown at the shore.  The layout features a large passenger station at Shannondell City, an engine facility and several industrial areas.  There is extensive lighting throughout the layout. 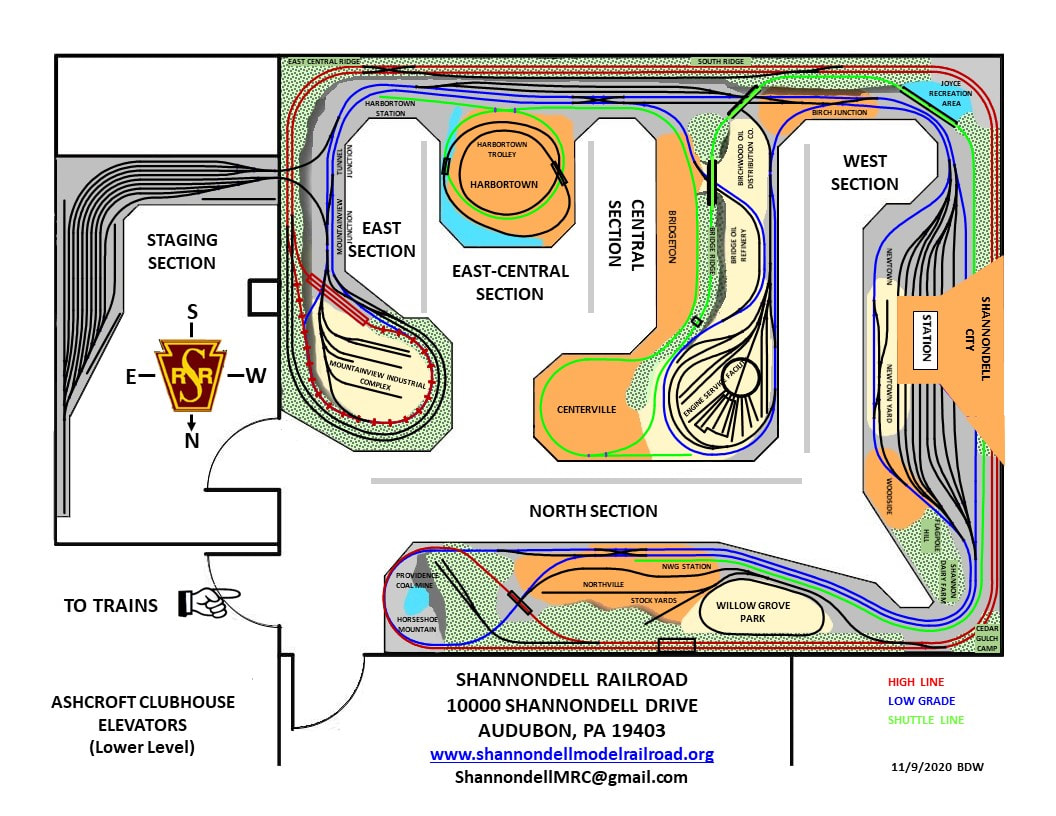 The Shannondell Railroad is controlled by a Digitrax Digital Command Control (DCC) system.  The shuttle track is controlled by a Tam Valley Depot DCC Train Shuttle System.  The layout was originally a straight DC system with an extensive block structure.  The following figure is the current configuration, which shows the original block schematic and how this has been effectively utilized in the current DCC configuration. 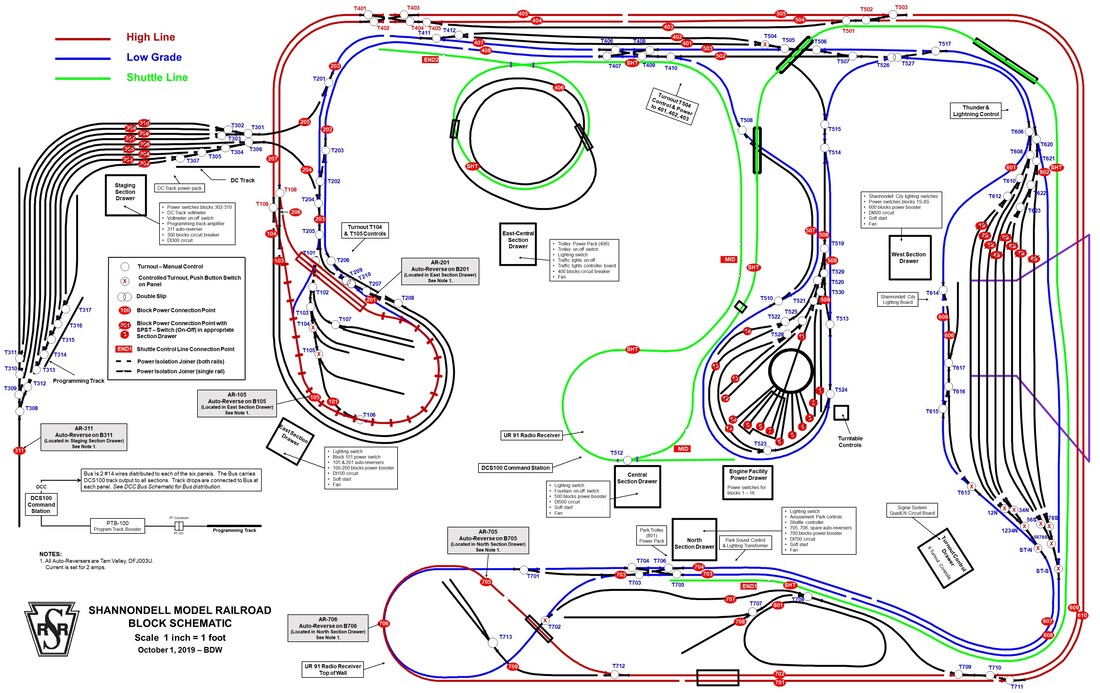 Download File
​The layout is divided into six power districts as shown in the following figure. 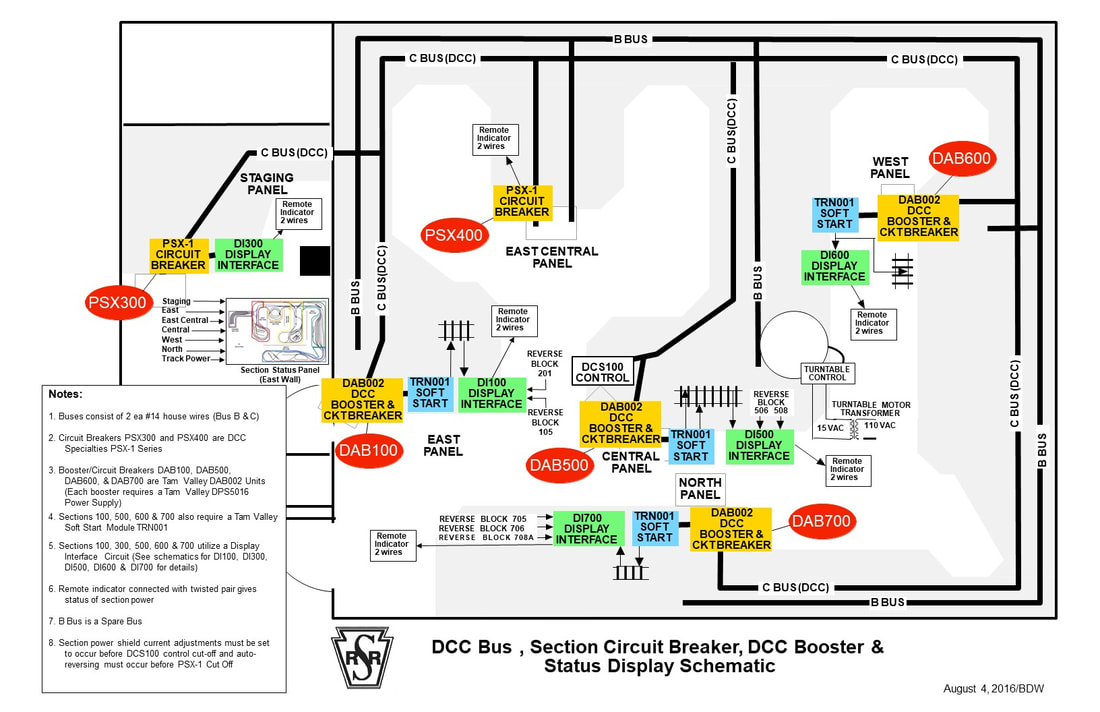