The Doodlebug –– a Gas-Electric Rail Car 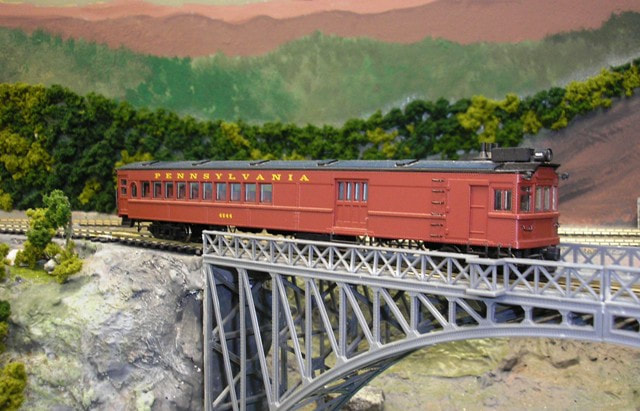 Model of PRR #4644 Doodlebug
The “Doodlebug’  was the common name for a self-propelled railroad car.  Such a coach typically had a gasoline-powered engine which provided electricity to traction motors on the vehicle which drove the axles.

The Doodlebug was an early solution to a thorny problem.  The railroads were legally required to provide passenger, mail, and express service, but on low-traffic branch lines, using a steam locomotive and regular heavy-weight equipment was a money losing proposition.  With the founding of the Electro-Motive Corporation in 1924, self propelled cars were produced featuring a body based on standard passenger cars, an electric transmission derived from proven streetcar technology, and a relatively powerful gasoline engine.
​
Doodlebugs sometimes pulled an unpowered trailer car, but were more often used singly.  The design was quite adaptable to carry passengers or mail freight as the area required and these gas-electric cars became one of the main providers of branchline service. 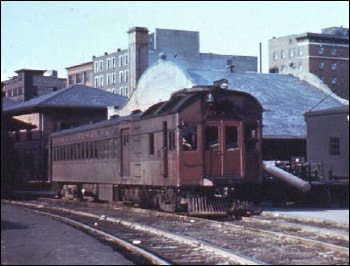 The real PRR #4644 photographed in Philipsburg, PA (date unknown)
The original PRR #4644 was built in 1928 by Pullman and Electro-Motive Corporation for passenger service on light density lines.  The locomotive had space for crew, passengers, and their luggage.