Come see the sights and sounds of the SMRC. We have several steam trains chugging along the tracks, and the sound of releasing steam, the blast of the whistle, and the clanging of the bell are positively captivating.
​
One steam locomotive is a Mikado which has a 2-8-2 wheel configuration.  The class name ‘Mikado’ originated from the first large group of 2-8-2s built by Baldwin in 1897 for use in Japan.  This wheel configuration was one of the most common during the first half of the 20th century and primarily pulled freight cars throughout the United States. 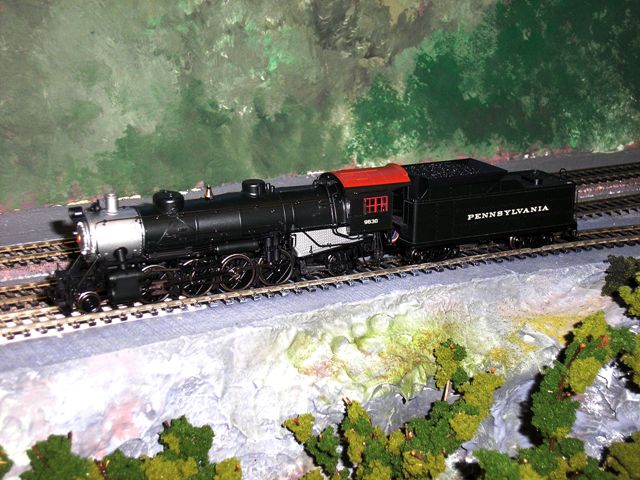 Model of the Mikado
In excess of 11,000 of this type were built for North American service and the Pennsylvania Railroad had 579.  The Canadian Pacific Railway received the last manufactured standard gauge Mikado model in 1948.  By the end of 1960, most all of the railway companies had switched over to diesel or electric locomotives, and the steam locomotives were headed to the scrap yard.
​
While very few steam locomotives escaped being melted down after the introduction of diesel locomotives,  there is a Mikado L1 at the Railroad Museum of Pennsylvania waiting to be restored.  It is PRR # 520 and sits outside in the open yard.  Presently there is no time line for its restoration.
​ 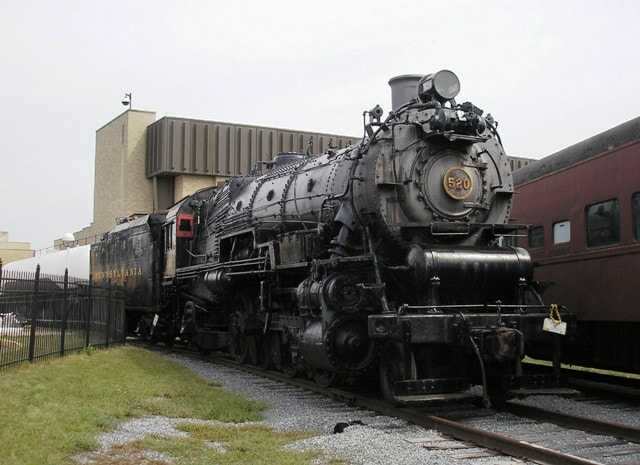 PRR #520 - Mikado
Another steam locomotive is a Pacific Class K4 which has a 4-6-2 wheel configuration.   K-4s pulled the fastest and most prestigious passenger trains of the Pennsylvania Railroad, with 425 being built between 1914 and 1928.  PRR #3750 was built in 1920 at the Juniata shops in Altoona and was in service until 1957 when steam operations were shut down in favor of diesel locomotives. 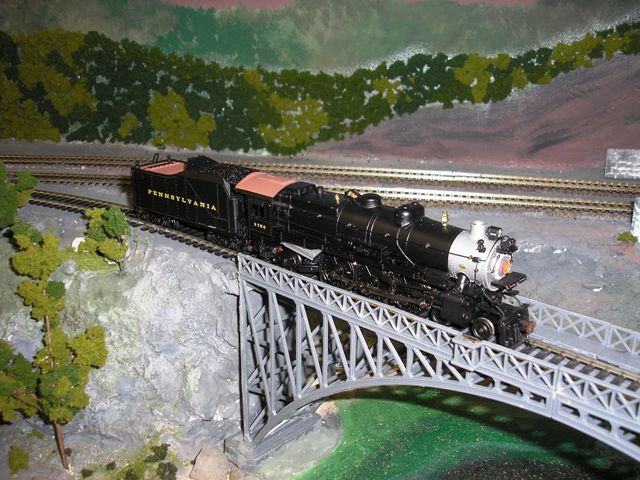 Pacific K4 Pacific K4
​There are only two remaining K-4s in existence.   One is #3750 which can also be seen in the open yard at the Railroad Museum of Pennsylvania in Strasburg, and the other one, #1361, is currently being restored in Steamtown.   K4 locomotives #3750 and #1361 were designated “The Official Steam Locomotives of the Commonwealth of Pennsylvania” by the PA State Legislature and Governor Robert Casey in 1987. 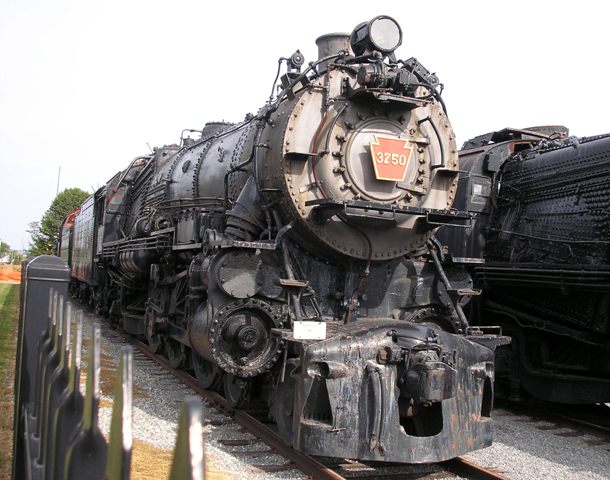